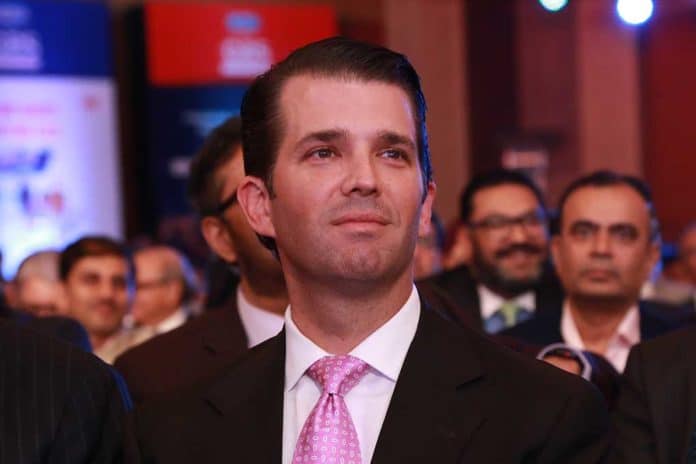 (TheDailyHorn.com) – On December 19, young conservatives flocked to Phoenix, Arizona, for the annual Turning Point USA conference. They had the honor of hearing from some of the top names in the GOP, and one speaker in particular had a strong message to share.

Donald Trump Jr. gave a powerful speech discussing the importance of Republicans’ need to stand up against liberal policies. He said it is time for a change and urged the attendees to become more aggressive in their fight against the Democrats.

Trump Jr. warned that allowing the Left to get away with being dishonest by turning the other cheek is getting the party nowhere and that behavior by Democrats must stop. The 46-year-old also implored the younger generation to stand firm and stay together to combat lefty liberals and promote the Republican agenda. Don Jr. also poked fun at cancel culture, saying it is impossible to cancel everyone if they stand united with other like-minded individuals.

The overall message from Trump Jr was the GOP has become too soft when dealing with the Left. He pushed the point about no longer allowing things to slide and pointed to the failed policies of the Biden administration as proof a soft approach is no longer working.

The former president’s son makes a good point about Republicans’ concessions to Democrats and how it provides an opportunity for them to promote damaging liberal policies. Will the current GOP leaders be able to take the harder stance Trump is encouraging?