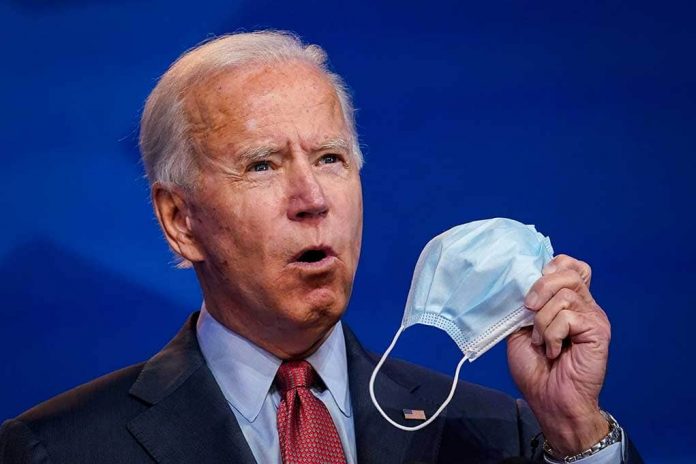 Executive orders carry the full weight of federal law. An EO is a directive of the executive branch which interprets laws passed by Congress. Biden’s order Promoting COVID-19 Safety in Domestic and International Travel signed on January 21 is having a widespread impact on traveling Americans.

During the presidential campaign, Biden sent conflicting messages about mask mandates. On the one hand, he said he wasn’t sure the Constitution would allow him to impose rules at a national level. Now, however, it seems he’s finding unique workarounds to implement his preferred regime.

It’s virtually impossible to get on a public transit system of any kind at the moment without wearing a mask. All the airlines require it, as do trains, buses, and other forms of public transportation. However, that didn’t stop Biden from issuing an order requiring mask-wearing on public transport. The order also allows the Transportation Security Administration (TSA) to impose fines on those who don’t wear masks in airports, commercial aircraft, trains, maritime vessels, ferries, and buses.

The order became effective on Tuesday, February 2, and will remain in effect until May 11. There is an exception for a situation where a TSA officer asks someone to remove their mask temporarily to confirm their identity. Exemptions are also in place for those under two years old and those who cannot wear a mask due to a disability, as defined in the Americans with Disabilities Act.

According to the TSA, the rules align with the Centers for Disease Control (CDC) approach, forming part of a “unified government response” to the COVID-19 pandemic.

Before traveling, be sure to check with the TSA website to determine any changes or revisions to the order.