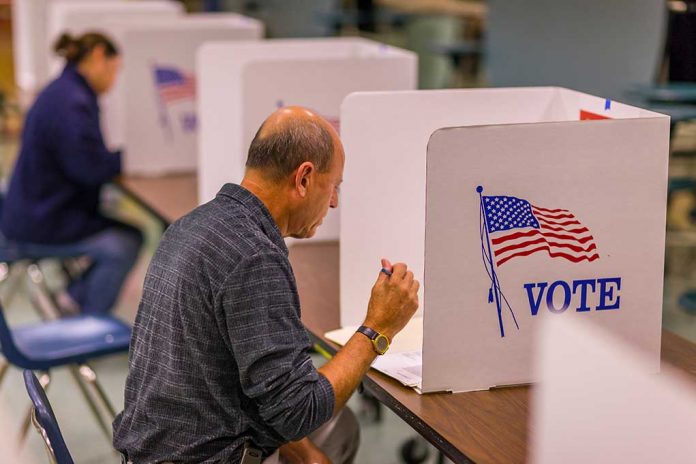 (TheDailyHorn.com) – Former President Donald Trump alleged that voter fraud in Georgia harmed his re-election effort after the 2020 presidential election. Georgia Secretary of State Brad Raffensperger disputed Trump’s claim and insisted there was no significant voter fraud in the state. In April, the state legislature reformed election laws, making it harder for campaigns and partisan activists to cheat in elections while making it easier to vote. However, recently, election officials in one county discovered nefarious activity by two poll workers.

The Fulton County elections director, Richard Barron, said Monday that the two election workers destroyed around 300 forms that were supposed to be processed before local elections next month. https://t.co/7HyPL4cRB9

Raffensperger expressed dismay, adding that he couldn’t believe it. The Georgia Secretary of State stated that this is a very serious issue and that his office would be contacting the US Department of Justice (DOJ) in relation to it.

Fulton County elections officials say any voter who wants to cast a ballot but can’t do so because they are not registered can vote by provisional ballot. They also said the county would investigate whether those requesting the ballots were impacted by the misdeeds of the fired employees.