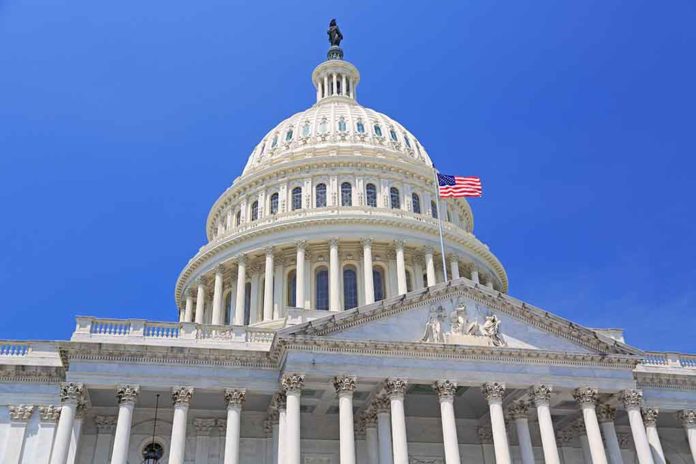 (TheDailyHorn.com) – Here we go again. In September and October, Democrats prioritized their two-track infrastructure proposal over taking care of America’s most significant legislative issues. As the clock ticked down on the national debt in October, Democratic infighting stalled their agenda and held up both the debt ceiling and the federal budget.

Republicans offered a one-time lifeline to Democrats, helping them pass a short-term agreement to fund the government until December 3. As the deadline to extend the debt ceiling approaches, priorities haven’t changed, and ordinary Americans could end up paying the price.

There’s a 50% chance the federal government will default on the national debt if Congress doesn’t raise or suspend the borrowing limit before lawmakers leave for Christmas recess, according to the Bipartisan Policy Center (BPC).
https://t.co/Q2LBe9Xba6

According to the Bipartisan Policy Center (BPC), if Congress doesn’t increase the national debt limit before leaving for Christmas recess, there’s a 50% chance the federal government will default on its debts. On Tuesday, November 16, Treasury Secretary Janet Yellen told Congress the government would exhaust its ability to pay the bills on December 15. She said Congress must raise or suspend the debt limit immediately.

Democrats control both the House and Senate. On Friday, November 19, the House passed the pared-down Build Back Better plan that is certain to face major headwinds in the Senate. Yet, Democrats are ignoring the lingering debt ceiling issue.

Republicans maintain they will not help the Democrats a second time. If Democrats insist on instituting a radical overhaul of America’s economy, the GOP says they can pass a debt ceiling increase on their own in the reconciliation package. Democrats refuse to do that.