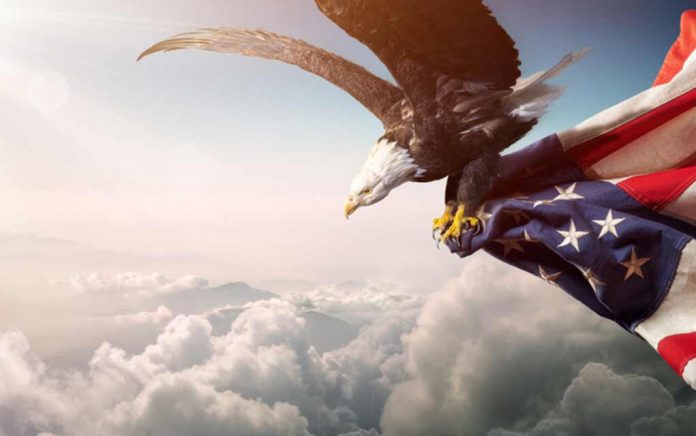 (TheDailyHorn.com) – Patriotism. Defining the term isn’t always easy because it means different things to each person. But for most, feeling patriotic means having love for, and pride in, their nation. These emotions can prompt people to take action on issues that matter to them.

If you’re a patriot, you feel very attached to your country, as well as its ideals and beliefs. You also want to interact with others who share the same opinion and values.

The History of Patriotism

In Greek and Roman times, there was loyalty to the patria, which meant being loyal to the republic. The association at that time was with liberty and the common good, and that has carried over to what’s thought of as patriotism today.

Patriotism is often a part of the political climate, as well. For example, one political party might call the other party unpatriotic because they don’t share the same ideals and beliefs. That can cause divisiveness, even though both parties generally see themselves as patriots.

According to a recent article in The Washington Post, patriotism is equated with pride in one’s country to some degree, and also to whether there’s pride in the leadership of that country. For example, Democrats may feel less patriotic with a Republican leader, and the feeling may rise if the election turns out in their favor.

The culture of a nation affects what it means to be a patriot in that country. Most people think of their home country when asked about their feelings of patriotism, but it’s important to realize that cultural differences play a strong role in what people do in an effort to show love for their country.

An empirical study conducted at The University of Texas, for example, indicated there was a strong correlation between the way a person fused their identity with a country and that person’s consumption of patriotic materials. In short, people who felt attached to their country reacted more positively to messages of patriotism than those who didn’t.

Understanding Patriotism on a Service-Based Level

Feeling patriotic is an emotional state. It’s not always easy to separate this from a dictionary definition of what it means to be a patriot. For example, valuing your country might mean choosing to defend it. For this reason, many enroll in the military each year and put their lives on the line for the sake of their country.

Teaching children and working to protect the environment are other examples of patriotism taught over the course of life. You can always find a way to support your nation and its core values. Check with local organizations, participate in fundraisers for causes you believe in.

Explaining Patriotism to Others

Sharing how you feel about patriotic beliefs is sometimes complicated. Because it involves emotions, a discussion can cause misunderstandings. Views vary between people, even those who have a lot in common. A lively discussion is possible in that situation, but so is anger and unrest.

The best way to explain pride in and love for your country is often to talk about the nation as a whole. Address the things you value in it. Avoid dragging the political climate or leadership into discussions. That can help reduce disagreement and provide more common ground for everyone.