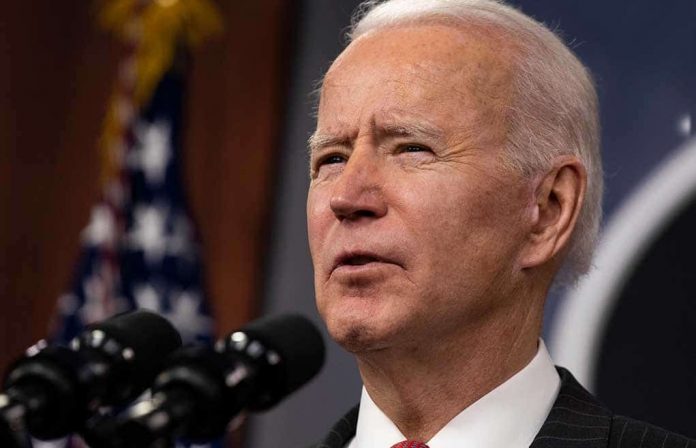 (TheDailyHorn.com) – Former President Donald Trump never shied away from the press. He met with reporters several times a week and the White House didn’t even employ a press secretary or conduct weekly meetings for a period of time. Trump controlled the White House narrative himself.

Under Democratic President Joe Biden, it’s a very different story. He often comments that he’s not supposed to talk any longer, ignores the press, and sometimes, the White House even cuts off the public feed at press events. The latter issue has recurred enough times that one has to wonder whether staffers are doing it on purpose.

On Monday, September 13, Biden was in Boise, Idaho, to hear from federal and local officials about wildfires consuming the region. After speaking for some time, the president turned to ask George Geissler of the National Association of State Foresters if he could ask a question. Midway through his inquiry, someone behind the scenes cut the feed. All that remained on the screen was an image thanking viewers for watching.

This appears to be a pattern. In August, it seemed someone cut the White House feed as Biden answered a reporter’s question about the Afghanistan withdrawal. In March, it also occurred when the president said he was ready to take questions from Democratic lawmakers during a virtual event.

For decades, Biden was a gaffe machine who created controversies through lies, exaggeration, or misinformation. On September 7, Politico ran a detailed article stating that White House staffers muted or turned off the president’s microphone out of fear he would do or say something that would damage the White House.

Is There a Legitimate Reason?

When Donald Trump was the president, the cameras and microphones were rarely, if ever, turned off during question and answer sessions with the press or the public. The Biden administration says the abrupt feed cutoff is part of a normally scheduled “pool spray” when the President starts questioning officials at the conclusion of an event.

This answer is not satisfying everyone, however. On Tuesday, Sen. Jim Risch (R-ID) asked Secretary of State Antony Blinken if he knew what was going on with the issue. The Secretary of State said that after working with Biden for nearly 20 years, he believes the president speaks for himself.

Not everyone is convinced.