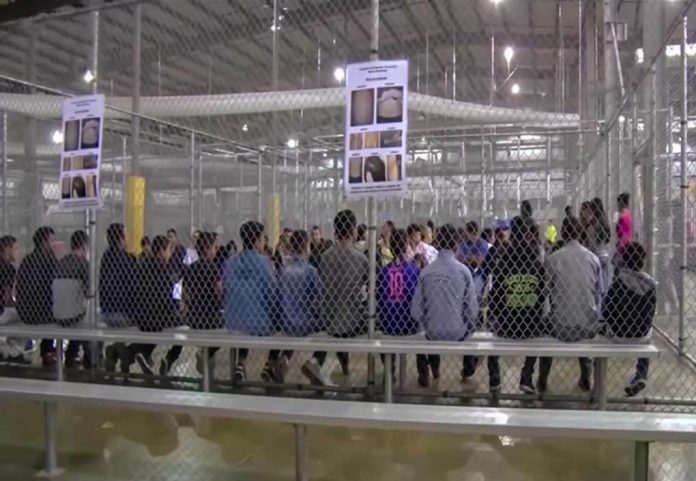 (TheDailyHorn.com) – Illegal immigration has spiraled out of control since President Joe Biden assumed office on January 20. During his tenure, former President Donald Trump prioritized Americans over illegal immigrants, started construction on the border wall, and forced illegal immigrants to remain in Mexico until they could secure an asylum hearing before an American immigration judge. Biden disassembled Trump’s immigration policies in virtually no time, and the results are apparent for all to see.

On Monday, October 18, the New York Post exposed that the government has been quietly delivering underage illegal immigrants to a New York airport under cover of night. Originating in Texas, charter flights have been going since August. The newspaper said a flight tracker analysis revealed that as many as 2,000 migrant kids arrived at the White Plains, New York, airport since August 8. Now that the cat is out of the bag, the White House is sarcastically acknowledging the flight.

According to the Post, some of the aircraft carrying minor kids landed between midnight and 6:30 am. During those hours, the airport is under a voluntary curfew to minimize aircraft noise to the surrounding communities. Two flights coming from Houston on August 20 arrived in White Plains at 2:13 am, and 4:29 am, respectively. In addition, people spotted three planes landing after sunset in Westchester County, New York, and Jacksonville, Florida.

When asked about the flights, White House Press Secretary Jen Psaki dismissed the question, saying the flights were “earlier than you might like to take a flight.”

The press secretary then went straight into her talking points about ensuring the safety of unaccompanied migrant children until they unite with a family member or vetted sponsor. Psaki also acknowledged that the illegal migrant children were being flown into other cities as well. However, the press secretary didn’t state how long the program had been in effect or how much it cost taxpayers.

Will the Remain in Mexico policy truly be implemented? Will it halt the surge at the border, as it did under the Trump administration? If so, the flights should stop at some point. Who knows when that some point will be?