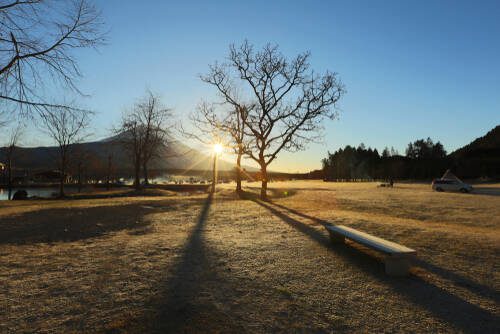 A woman and her two boys were found frozen to death in a field in Pontiac, MI, on Sunday, January 15, according to Oakland County Sheriff Michael Bouchard.

As a result of the freezing temperatures, they all tragically died. Authorities report that the mother suffered mental health issues before their deaths.

Monica Cannady,35, suspected someone was trying to murder her. As a result of her paranoia, she believed that everyone was involved in the plot.

Bouchard said family members noticed a recent change in Cannady’s behavior and tried to help her.

The woman did have a home that she left, according to police. On Friday, Cannady left her apartment with her three kids, Kyle Milton, 9; Malik Milton, 3; and her 10-year-old daughter.

Bouchard said several calls were received over the weekend about a woman and her children walking the streets without proper winter clothing.

Deputies were called at 3:10 p.m. on Sunday (January 15) to the 200 block of Branch Street after Cannady’s 10-year-old daughter knocked on a nearby home and told them that her family had died in a field.

There was a search of the empty fields around Lakeside housing by officials. Approximately a mile from Cannady’s apartment, Bouchard said they found Cannady and her two sons dead in a field.

“I would say accidental/preventable,” Bouchard said. “If we have more conversations — sometimes tough conversations that it takes strength to ask for help. It’s not weakness. That it’s encouraged, and we have more available mental health services to everybody, I think it’ll go a long way.”

Bouchard reports that the girl survived and is in the hospital suffering from hypothermia-type symptoms.

According to Bouchard, it appears that she is recovering well and is in a stable state.

In her statement to the police, the girl said her family went to the field, and her mother told all the children to lie down and sleep. Upon waking up, officials said the girl’s mother and brothers didn’t respond to her.

Child Protective Services is handling the case. After her discharge from the hospital, she will be turned over to her family.