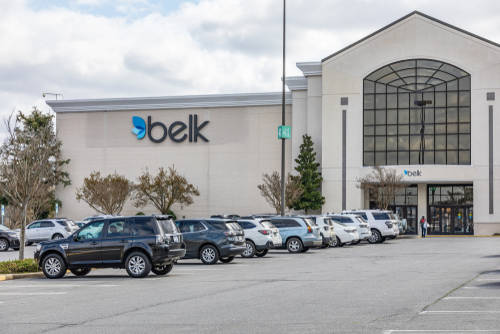 Woman was dead in South Carolina department store for four days before her body was found, police say – USA Today

Somehow a woman’s body went unnoticed in a Columbia, South Carolina, department store for four days. During which the store was open for business, and no one noticed the body. According to police, she died in the department store’s public bathroom.

Columbia Police Department Deputy Police Chief Melron Kelly told USA TODAY that the deceased woman was found dead in a bathroom stall Monday at a Belk department store in Columbiana Centre, a mall in the northwest neighborhood of the city.

Police shared that the woman was found with the door locked in a single-stall bathroom.

Fox 57 identified the woman as Bessie Durham, 63. She was found dead inside the store’s family bathroom after 8 p.m. on Monday, according to Fox 57.

Kelly said family members reported their mother missing to police on Monday. Kelly said their mother was last seen on September 15 when she was headed to work at the store. They found the woman’s body soon after the family reported her missing.

The Lexington County Coroner’s Office reported that the autopsy revealed no foul play. According to County Coroner Margaret Fisher, the woman died of natural causes and is believed to have died on September 15, the day she went missing.

During the investigation of the crime scene, the business was shut down for a short time but is now open again for business.