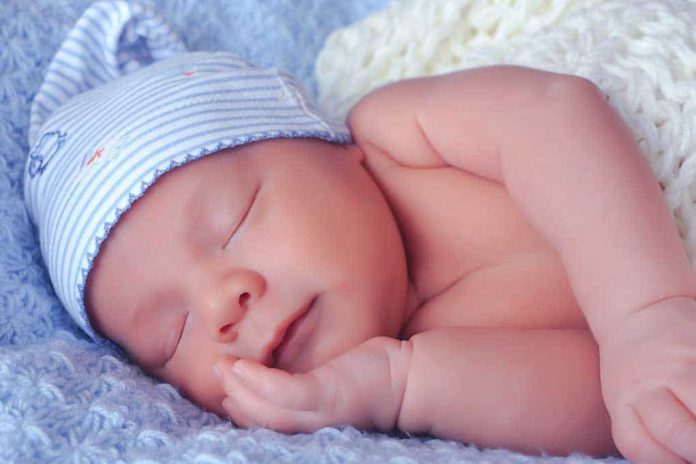 (TheDailyHorn.com) – Bringing a child into the world can be stressful, chaotic, and exciting all at the same time. The flood of emotions from both mom and dad is intense. However, the recent experience of one couple makes the average childbirth look tame.

It was the middle of the night during extremely heavy rain. As the roads flooded, 28-year-old Chiara Musetti knew it was time to prepare for her baby’s arrival. So her partner, James Spence, drove to the hospital 45 minutes away from their home in the couple’s BMW 3-series. What happened next can only be described as the adventure of a lifetime.

Woman delivered her own baby in car travelling at 60mph – https://t.co/pUEDhDaKSw woman gave birth to her daughter at 60 mph when her partner sped through flooded streets trying to reach a hospital in Cumbria. 28-year-old Chiara Musetti was minutes from Furness General Hospita… pic.twitter.com/FCNKRuN3xs

Several times along the way, James stopped to check the water levels on the road to ensure their car could pass through flooded areas. At 3:30 am, their 8-pound baby girl was born in the car as James traveled at 60 mph to get mom and daughter to the hospital as quickly and safely as possible.

Musetti said they were only 10 minutes from the hospital when her water broke. At that point, the mom-to-be knew their child was coming fast. Five minutes later, their daughter’s head was coming out, and Chiara did an amazing thing. She took off her seat belt, and the baby did the rest. Mom caught the baby girl in her arms just two and half hours after contractions started.

The hospital kept the mom and daughter for twelve hours before discharging both in healthy condition. The couple says the moment was intense but added that they’d never forget it.