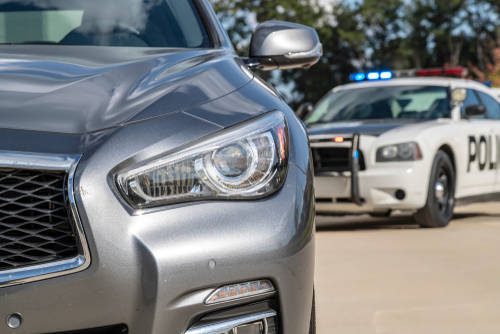 A woman flashed a ‘white privilege’ card after being pulled over. Now, officers are in trouble for letting her go. – NBC News

Two Anchorage police officers broke department policy in a traffic stop last month when they allowed a woman to use her white privilege card instead of her driver’s license. It is unclear what discipline the officers will face.  Officers Nicholas Bowe and Charles Worland made the traffic stop on July 7th.

Mimi Israelah was pulled over for weaving at 3:43 a.m. and could not locate her driver’s license. She gave the officer her white privilege card, which says, “White privilege cards are the way that trumps everything.”  The social media post is now deleted.

Israelah asked a police officer if he liked her white privilege card, and the officer said, “That is so funny.”  On her Twitter bio, Israelah describes herself as a woman of Philippine descent.  Officers observed no signs of impairment.

In a statement, Chief Michael Kerle said that the Anchorage Police Department does not tolerate discrimination. It is unclear whether his statement was made concerning the traffic stop on July 7.

Anchorage Municipal Code requires all drivers to have licenses while operating their vehicles, but police do not always write tickets for low-level violations. Celeste Hodge Growden wondered whether the absence of tickets was related to novelty maps.

Worland and Bowe were placed on administrative leave during an 11-day investigation, but the police department will not release more information on the incident.