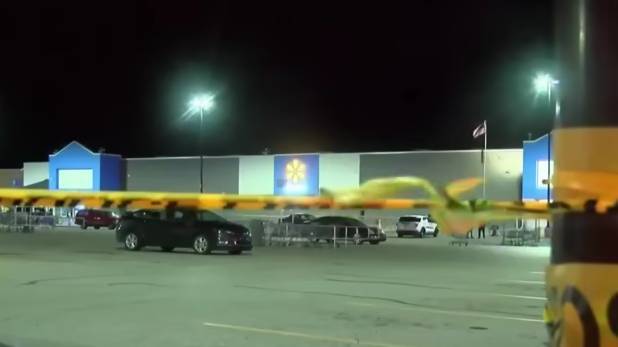 The Evansville Police Department reports that at least one person has been wounded in a shooting at a Walmart in Evansville, Indiana, on Thursday night. The suspected gunman was shot and killed by responding law enforcement officers.

The suspect has been identified as Ronald Ray Mosley II, a 25-year-old Walmart employee who was fired in May, police spokesperson Sgt. Anna Gray announced in a news conference held on Friday afternoon.

Gray said Mosley was fired after he was arrested on multiple battery charges.

A suicide note was found at his home on Thursday night, according to Police Chief Billy Bolin.

In Indiana, mentally ill individuals who are admitted to a mental health court are subject to a supervised treatment plan with regular progress reviews.

In addition to attending mental health court nearly every two weeks, Mosley attended a hearing on Thursday afternoon related to the battery cases, according to Moers.

Gray said police first heard reports of a shooting at 9:59 p.m. on Thursday.

According to Bolin, Mosley entered a break room in the back of the store before a meeting began, which sparked the shooting.Police reported that approximately 40 shoppers were present at the time of the incident.

“He told everybody to line up against the wall, he had a gun in his hand, and he told two of them to stay in the middle. He ends up shooting a female at this point,” added the chief. Police report that the woman was shot in the face and is still being treated at a hospital in a stable condition.

During the shooting, Bolin said another male in the room was also an “intended target,” but he fled the scene. There was no indication that the man and woman indicated by the shooter were related to Mosley, nor did authorities identify them.

Gray said that officers encountered the suspect who fired multiple times at them when they arrived. In response, officers fired back, killing the suspect.

There were no injuries sustained by officers during the encounter with the suspect.

The store’s team leader was hailed as a hero during Bolin’s news conference on Friday.

In response to the shooter’s firing, the shift leader “took off out the door and she ran and called 911.”

Following the suspect’s departure, the team leader returned to the break room and helped the wounded woman hide in another room.