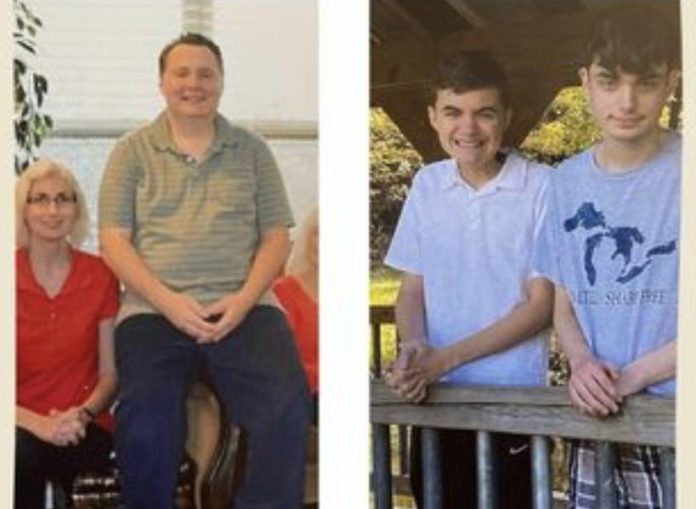 A Michigan family of four vanished after the father made a strange 911 call. Anthony Cirigliano was frightened for his and his family’s safety. After dialing 911, he calmly told the operator that “people want to erase me from the face of the Earth.” He then politely asked for police protection.

According to News 8, Cirigliano informed the 911 operator of his bizarre remarks after he explained what he knew about the September 11th attacks. He said to the operator, “It is related to September 11th, and people want to erase me from the face of the Earth.”

He told the operator, “I need the Fremont Police Department … I need some police protection immediately.”

“It is a vital national interest,” he added.

“I’m not crazy. Mr. Geeting knows me. I’m a Christian. I just need some help,” Cirigliano said calmly. “I know this sounds crazy. You don’t have instructions for this,” he added.

Even when he was terrified, Cirigliano stayed calm and collected throughout the entire phone call. During his conversation with the operator, he insisted that his family was not armed and had no weapons in the house, exclaiming, “not even a BB gun.”

He was also very concerned about his two autistic children. He asked that the police turn off their lights and sirens when they arrived in order not to scare them.

After two officers arrived at Cirigliano’s house, they spoke with him for 45 minutes. Police determined that no one was in immediate danger despite Cirigliano’s concerns regarding the FBI and CIA, Fremont Police Chief Tim Rodwell said.

According to Rodwell, “Tony was exhibiting some signs of paranoia” shortly before the family vanished.”

According to police, neither the couple’s credit cards nor bank accounts have been used. Suzette’s and the children’s phones were left in the house, while Cirigliano’s phone had been turned off.

In addition to their pets, the family left behind Suzette’s mother, who has dementia and was found wandering the streets after their disappearance.

Rodwell is optimistic that the family will be discovered safely despite the mysterious circumstances. Rodwell told News 8. “We don’t see any signs of violence; we don’t see any signs of foul play right now. There’s no signs of a struggle inside the home, But everyone we’ve talked to … they all describe this to be extremely abnormal behavior from Tony and Suzette.”

Furthermore, relatives of the Ciriglianos told News 8 that they don’t believe Cirigliano would harm his family and that he might be acting to protect them. Family members said Cirigliano warned that ‘bad things’ were going to happen over the weekend.