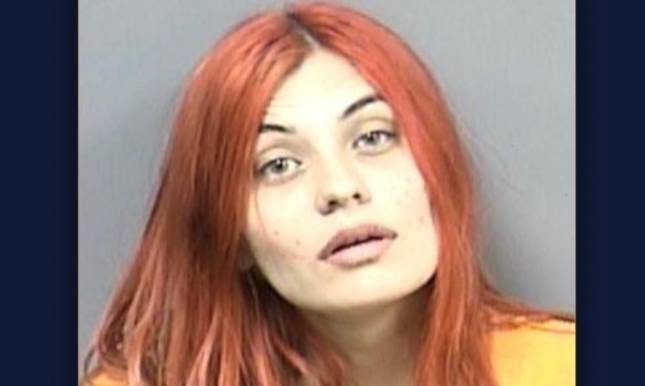 A Florida woman is in jail this week after allegedly shooting her uncle in the head during a holiday party. Authorities announced that Sammantha Danielle Driggers was arrested on Thursday and charged with second-degree murder for allegedly killing Matthew Charles Driggers.

In a sworn probable cause affidavit obtained by reporters, around 2:45 p.m. Dec. 29, deputies responded to a 911 call regarding a man being shot at a home in Beverly Hills, about 80 miles north of Tampa.

Upon arriving at the scene, first responders found the suspect – identified as Sammantha – still at the scene outside the residence and immediately detained her. Sammantha allegedly confessed to killing her uncle when she was questioned by a detective.

“The suspect was determined to be the defendant,” according to the affidavit. “The suspect spontaneously stated, ‘I shot Matt in the head.’ She stated she thought Matt was going to hurt Grandma.”

Authorities found Matthew lying on the floor in front of the living room with what appeared to be a single gunshot wound to the head. The victim was pronounced dead at the scene.

At the scene, investigators interviewed a witness identified as Irvanna Driggers, although her relationship with Sammantha and Matthew was not disclosed. Irvanna’s recollection of the events did not match what Sammantha told police, according to the affidavit.

According to Irvanna, no one argued or fought while she was at the home for a holiday gathering for approximately an hour. According to the affidavit, she was working on a puzzle at the table while Matthew was watching TV and Sammantha was down the hall in another room.

Suddenly, she heard the victim say, “No” and “Stop,” as she turned and saw the defendant with a firearm pointed at her. Irvanna tried to calm the defendant down by stepping between her and the victim. In the case of this incident, the defendant reached around [Irvanna] with the firearm and shot the victim in the head. Immediately following the accident, [Irvanna] called 911 and began rendering aid to the victim.

Investigators were told by a neighbor that Sammantha was seen holding a firearm outside the home following the shooting, according to the affidavit. The neighbor, identified as witness #2, reported that Sammantha left the home and walked up the street, then returned to her home, throwing the firearm into their trashcan before entering. According to the witness, he took the firearm out of the trash and carried it to his porch until deputies were able to secure it.

“A family gathering to celebrate the holiday season should have been a time of happiness, but instead turned deadly in an instant,” said Sheriff Mike Prendergast. “This act of violence has shocked our community and will affect this family forever. I am proud of the quick response of CCSO deputies and detectives that ensured this incident was isolated and the community was safe. Our thoughts go out to this family as they begin the long process of healing.”

Sammantha Driggers will appear before Judge Joel D. Fitton for her arraignment in Citrus County Circuit Court at 9 a.m. on January 24.