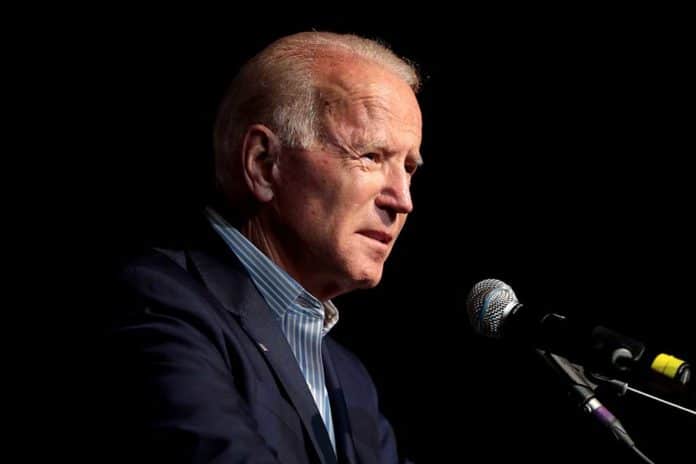 (TheDailyHorn.com) – Liberals are in a tizzy over a new phrase they say is an insult to President Joe Biden. It’s ironic, since people on the left loved to call former President Donald Trump interesting names and use profane language when criticizing him.

In recent months, the term “F*** Joe Biden” was chanted at numerous sporting venues across the country. At a NASCAR event on October 3, driver Brandon Brown misheard the chant, and a reporter said on air she believed the crowd was saying “Let’s Go Brandon.” Since then, that variant has become the cleaner version of the profane alternative. Now that it’s taken on a life of its own, some Republicans are embracing it.

On Wednesday, November 3, Florida Republican Gov. Ron DeSantis had some fun with the slogan while speaking at an election integrity press conference. He labeled the Biden administration the “Brandon administration.” The crowd erupted in laughter and began chanting, “Let’s go Brandon.”

The popularity of the mocking gesture may be insulting to liberals, but conservatives love it. They are purchasing all kinds of merchandise with the slogan on it, such as T-shirts, bumper stickers, and coffee mugs. There are even songs about it. On iTunes, four “Let’s Go Brandon” songs reached the top 10, and two made it into the Billboard top 40.