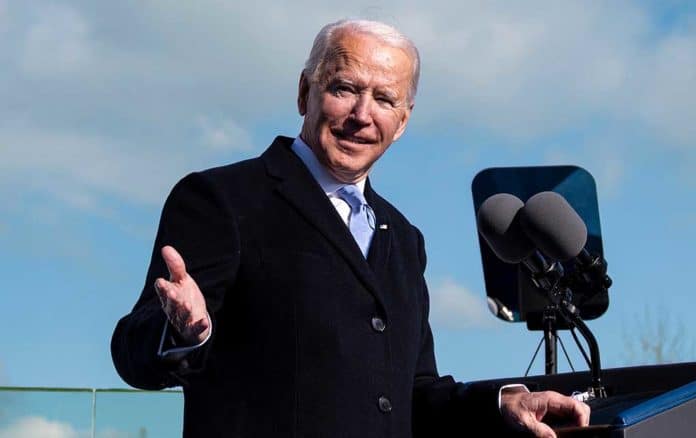 (TheDailyHorn.com) – On Tuesday, November 2, President Biden wrapped up a trip to Glasgow, Scotland. The president was in town to participate in the United Nations COP26 climate conference. The trip wasn’t without some controversy over the Commander in Chief’s carbon footprint. However, it wasn’t all stuffy political criticism; Biden also got to take in some of Scotland’s scenery.

The president and his entourage stayed in Edinburgh, some 45 minutes away from the climate change summit in Glasgow. Along the way, the president got to enjoy some of the finer views the region has to offer. Unfortunately, there’s probably one sight Biden’s hoping to forget. According to a BBC journalist, the presidential caravan got a glimpse of a large, naked, Scottish man taking pictures of the motorcade as they traveled by his home. It must have been quite a view?

The fact that the president and those in the motorcade even saw the man generated some controversy with the local press, who criticized the distance Biden traveled to get to the summit. Some argued that it was hypocritical to travel that far in a vehicle that may only get 8 miles to a gallon, creating 8.75 pounds of carbon per mile. That’s about 10 times more pollution than the average vehicle. The purpose of the climate change summit was to come to a worldwide consensus on how to curb pollution and global climate change.

Ironically, on Tuesday, Biden said his administration was working to demonstrate it is committed to curbing climate change through actions, not words. Perhaps even the naked man who got a rare glimpse at the motorcade was able to see the president’s hypocrisy?