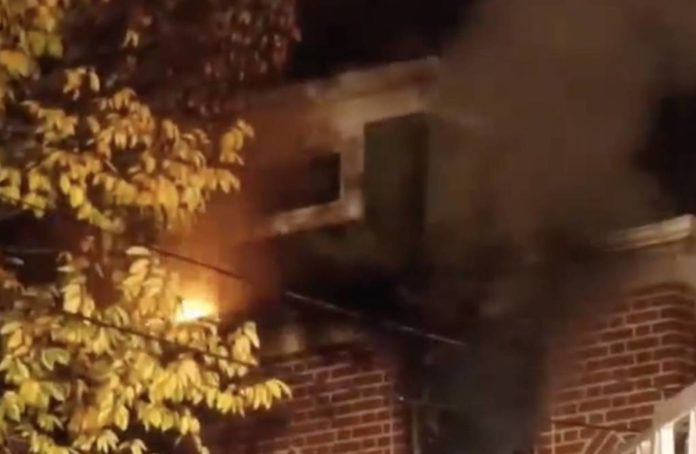 A massive Bronx house fire took the lives of three young kids, including a 10-month-old baby girl and a young dad early Sunday morning. The frightened children were screaming and banging on the windows, “Help me, God”, the NY Post reported.

Merlyn Persaue, 60, described the tragic situation to the station, “You could see their little hands banging on the windows, they were screaming, the children, ‘Hey Allah! Hey Allah!’ which means, ‘Help me, God! Help me, God.”

According to FDNY officials, the fire began around 6 a.m. in the rear of a three-story house on Quimby Avenue off of Castle Hill Avenue. According to reports, firefighters arrived at the scene and discovered heavy fire coming from the second floor and some on the first floor.

A 10-year-old and a 12-year-old boy were pronounced dead at the scene. According to the NYPD, a 22-year-old man and a baby girl were transported to a local hospital, where they were later pronounced dead.

There were severe injuries among a woman, 21, and a man, 41, who is being treated at an area hospital, police said.

Merlyn Persaud, and neighbor and witness told ABC7, “The flame was up high, real high already, big. And you heard the screaming in the house. big screaming, screaming for help.”

Over 100 firefighters and EMS personnel responded to the fire, which was upgraded to a second-alarm fire due to the “heavy fire” on the first and second floors. According to the Fire Department of New York, there were also minor injuries among firefighters.

One of the deadliest fires in the city’s history occurred in March in a Bronx apartment building fire that killed 17 people. Mayor Eric Adams signed a fire safety executive order in March.

The identities of those killed have not yet been released, and the fire marshal is investigating the fire’s cause.