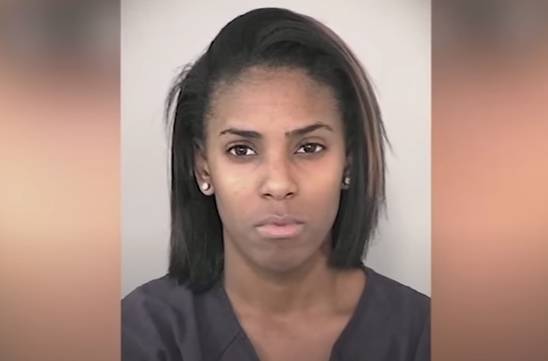 According to Utah police, after reviewing the case with prosecutors, a murder suspect who fled the state after allegedly killing her bull-riding boyfriend was re-arrested.

The Fort Bend County Jail has arrested Lashawn Denise Bagley, 22, according to online records. Police in Salt Lake City, Utah, have obtained an arrest warrant for one count of domestic violence murder and nine counts of felony firearm discharge.

Demetrius Omar Lateef Allen, 27, also known as Ouncie Mitchell, was shot multiple times outside Bagley’s apartment on Sept. 12, 2022. Sadly, he passed away at a local hospital.

The couple’s relationship has been described by officers as “on and off.”

Bagley is alleged to have opened fire while on the phone with 911, according to a statement released on Saturday.

“Bagley, who lived at the apartment where the shooting took place, called 9-1-1,” the police reported. “While on the phone with Bagley, the 9-1-1 operator heard loud noises and asked about the noises. Bagley, according to court documents, said ‘I’m shooting’ and told the 9-1-1 operator she was out of bullets.”

Allen was staying at Bagley’s apartment and returned to pick up equipment valued at approximately $10,000.

“The investigation revealed Bagley shot her handgun multiple times,” the police reported. “Detectives believe Bagley was upset with Allen because of his interest in Bagley’s friend.”

During the investigation, Bagley was initially arrested and released. The authorities reported that she had left Salt Lake City. During this time, detectives had the case reviewed by prosecutors, and an arrest warrant was obtained.

Cops have stated that there was no evidence to suggest that Allen was in the apartment when he was shot. Officers reported that blood was found outside the apartment. According to the report, there were no signs of forced entry or attempted forced entry.

“We were prepared for the arena,” Allen’s aunt Kamilah Mitchell said in a report on Monday. “But for him to be taken from us by a gunshot, that was something we couldn’t imagine.”

“This year was Christmas, but it didn’t seem like it was Christmas without Ouncie,” recalled his grandmother Mintie Mitchell.

Allen grew up near Houston, Texas, and began riding animals at the age of 2 when his mother (to the chagrin of his bull-riding father Teaspoon Mitchell) entered him into a sheep-riding competition. At the age of five, he rode his first steer. During the 1990s, his father rode bulls at the Bill Pickett Invitational before transitioning into a career of cowboy protection.

“It is amazing,” stated Teaspoon in a 2021 post on PBR. “What father wouldn’t want to be with their child? He has been around it all my career since his mom entered him in the mutton busting. The boy wasn’t even walking all the way when he got started.”

“I try to ride loose and cool and have fun,” Allen said in 2018, according to the Professional Bull Riders Association. “My dad used to always say, ‘Forget the form and make the horn.’ Whatever I have to do, just make it. Most people want to stay structure-wise, but for me, if it works, it works.”