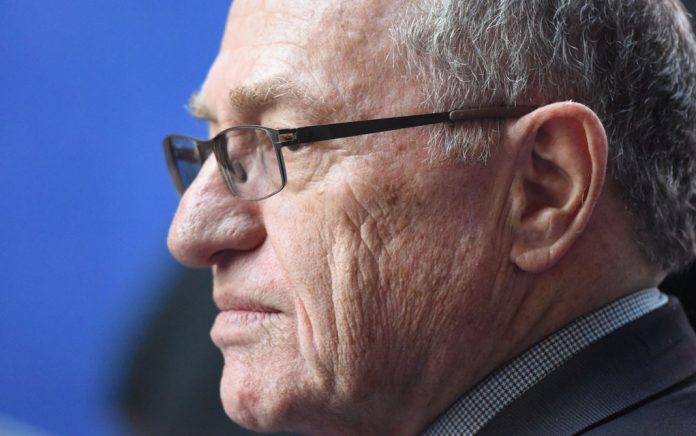 (TheDailyHorn.com) – Great news may be on the horizon for Trump supporters falsely accused in the media and felt there was nothing that they or anyone else could do about it. Famed Constitutional professor Alan Dershowitz stepped up to the plate to address this injustice.

CNN severely misrepresented the highly respected lawyer in a hit piece, and Dershowitz has filed a massive lawsuit over its report.

For four years, the media relentlessly slandered anyone they could, including White House staffers, Trump’s personal lawyers, and anyone who publicly supported Trump. When CNN edited a clip to mislead their viewers, Dershowitz wasn’t having it and sued the cable news network for $300 million.

In November, CNN’s attorney’s filed a motion to dismiss the suit. A federal judge denied their request, and the case is moving forward — to include the scheduling of depositions.

During Trump’s presidency, the media blatantly abandoned journalistic integrity and any attempt at objectivity. Dershowitz’s case is a prime example of this behavior. The Harvard professor alleges CNN unfairly edited his remarks to make it appear he said something he did not.

CNN’s attorneys tried to persuade the judge to throw out the case by arguing the news channel enjoyed what’s known as “fair-reporting privilege.” The law provides immunity from liability if a news outlet reports something that is defamatory, as long as the source is an official public document or statement by a public official, it’s clear who the source is, and it’s fairly and accurately quoted.

The purpose of the fair-reporting privilege is to encourage journalists to scrutinize the government and hold public officials accountable through fair and accurate reporting of government proceedings. It allows news entities to report on what’s happening in the government without proving the truth of what politicians and their staff say.

It’s clear that CNN did not meet the qualifications of the fair-reporting privilege laws, and as a result, the judge allowed the case to move forward.

Dershowitz said he is going to prove CNN edited his words deliberately, willfully, and maliciously. He says it started from the top of the company and trickled its way down to the on-air talent. The professor added he’s looking forward to “deposing commentators and heads of CNN and… the truth coming out.”