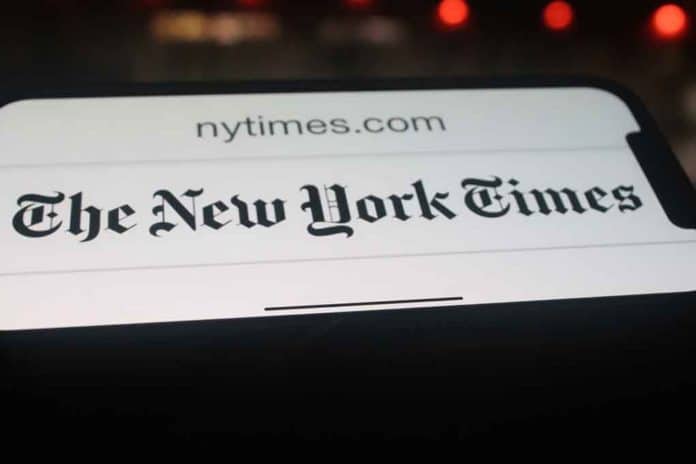 (TheDailyHorn.com) – Well, well… isn’t it interesting how the tide has turned? In October 2020, the New York Post published a story highlighting how Hunter Biden used his father’s prestige as vice president to gain business opportunities in Ukraine and China. They raised questions of the potential for foreign influence if Joe Biden were elected president of the United States.

The liberal media moved swiftly to protect Biden. They attempted to debunk the story, and social media platforms Twitter and Facebook censored the New York Post. Finally, the liberal media is looking into the story almost a year and a half later.

BOOM: The NY Times is going after Hunter Bidenhttps://t.co/eDyB1OT6RE

On Monday, January 31, the New York Times sued the US State Department to access emails related to the probe into potential foreign influence on President Biden. The Times says the State Department is dragging its feet and not meeting deadlines related to Freedom of Information Act (FOIA) requests asking the agency to release emails from 2015 to 2019.

The Times may be looking to discern if US embassy personnel in Romania provided special favors to businesses, including those belonging to Hunter Biden and his then-business partner Tony Bobulinski. The time period in question is when Joe Biden was serving as vice president to President Barack Obama.

Diplomats and State Department officials say they expressed concerns to the Obama administration about Hunter Biden’s potential conflicts of interest. Deputy Assistant Secretary of State George Kent told lawmakers in 2019 that Joe Biden didn’t have the bandwidth to deal with Hunter and the issue never went any further.

Stay tuned. This is an evolving story.