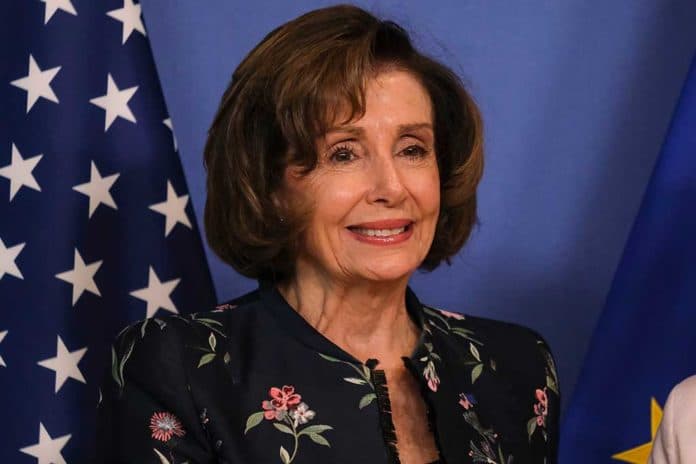 (TheDailyHorn.com) – The Winter Olympic Games in Beijing, China, are underway, and criticism is mounting over how the Chinese are treating their guests. Many are complaining that the food is bad, the rooms are dirty, and there isn’t any internet.

None of this should come as a surprise. Many warned the athletes that the Chinese communist government wouldn’t be hospitable and that Chinese officials would scrutinize their every move and statement. US Olympic officials warned athletes to bring disposable phones and leave their personal mobile devices and laptops at home to avoid hacking or surveillance by the Chinese government.

Nancy Pelosi warning American athletes against speaking out against the Chinese Communist Party out of “fear for their safety if they do” is beyond comprehension. This is the direct result of the weakness projected by Joe Biden on the global stage. https://t.co/n5zJxTXm9a

That’s not even the worst of it. Ahead of the games, House Speaker Nancy Pelosi (D-CA) asked US athletes not to anger the Chinese by speaking out against their human rights abuses. Pelosi stated that the Chinese are ruthless, suggesting they wouldn’t tolerate any free speech within their country’s borders. She accused the International Olympic Committee of turning a blind eye to China’s human rights violations.

As one might expect, Democrats and Republicans alike criticized the House Speaker for coddling Communist Chinese officials. For instance, MSNBC host Rev. Al Sharpton tore into her, warning that “you can’t normalize what [the communist regime] is doing in China.” Rep. Michelle Steel (R-CA) called Pelosi’s remarks “despicable,” and Rep. Ronny Jackson (R-TX) called the Speaker’s remarks a “disgrace.”

For the speaker’s part, she apparently felt a desire to protect Americans abroad but instead facilitated communist China’s bad behavior by suggesting athletes should wait until the public spotlight is away from China to speak out.