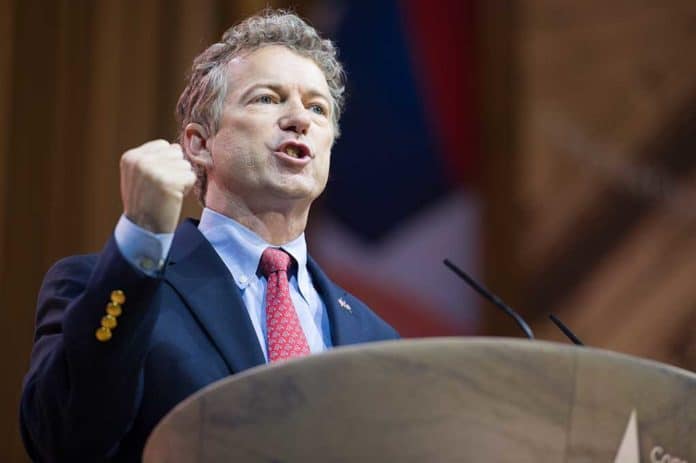 (TheDailyHorn.com) – On numerous occasions over the last year, Sen. Rand Paul (R-KY) and Dr. Anthony clashed during Senate hearings over a variety of issues. Paul, who is a medical doctor, questioned the president’s chief medical adviser and the director of the National Institute of Allergy and Infectious Diseases (NIAID) several times about his response to the pandemic, its origins, and contradictory statements. In July, Paul forwarded a criminal referral to the Department of Justice alleging that Fauci lied to Congress.

Rand Paul said this morning that Dr. Fauci should go to prison for the next 5 years. pic.twitter.com/MxuRd8BlaY

On Wednesday, December 1, the Kentucky Senator intensified his criticism of Fauci. Late in the summer, Fauci told Congress that the National Institute of Health (NIH) did not fund gain-of-function research at the Wuhan Institute of Virology. Paul alleges there is proof that Fauci lied and said federal prosecutors should charge him with lying to Congress. He added that Fauci should face up to five years in prison as a result.

Sen. Paul told Fox News Host Sean Hannity that Biden’s Department of Justice is unlikely to do anything with his criminal referral. He added that it’s a dangerous precedent to allow public officials to openly lie to Congress when the nation needs to have trust in public officials. Paul said that in Fauci’s case, the government’s highest-paid employee believes it’s for our own good when he lies.